First things first, I’m not going to keep apologising for being slack in publishing new posts – please just accept that although my intentions are good – other priorities sometimes get in the way 🙂   But I am getting better organised… seriously!

I’ve completed a few races over the past few months and have been riding the bike as well, plus slowly building up my swimming.  But lately I’ve been focused on my running so I have even a remote chance of achieving the running goals I have set for 2013.

Btw, the Marysville Marathon Festival was fantastic  – I’ll update you in one of the next couple of Posts.  However my next big event is the Two Bays Trail run in January in which I am planning to tackle the 56km ultra-marathon.  (more about the other runs later)

Details of which are here http://www.twobaystrailrun.com/

I’m a little behind on my training but have been ramping up the kms over the past few weeks with trail runs and a few longer runs.

There are many steep rises and the trail is pretty tight and uneven as you would expect on a trail run. Maximum number of runners is 1,000 (already 950 registered!).  There are spectacular views, plenty of wildlife (although I’m hoping that the snakes take a day off on race day) and beautiful bushland to run through. 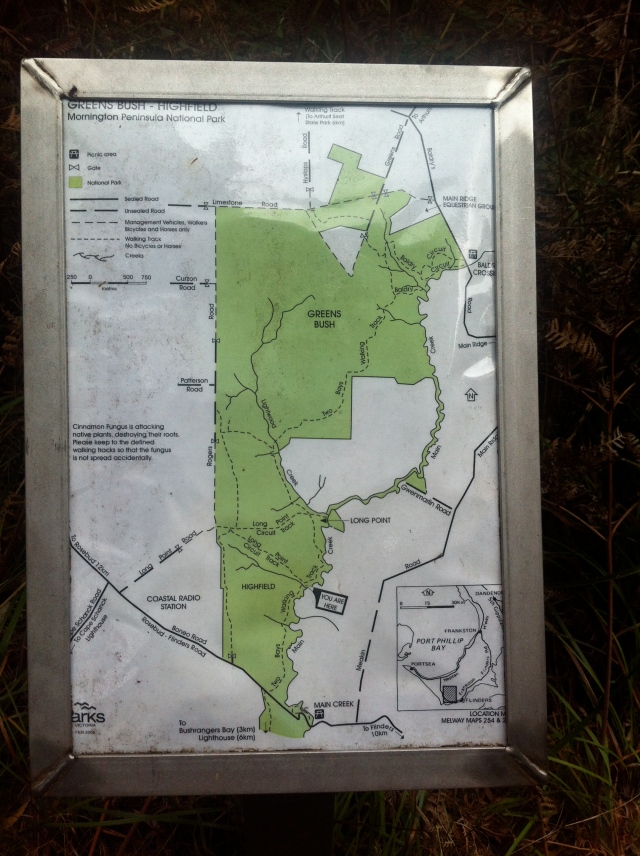 A few weeks back I was lucky enough to get a chance to run along part of it as Diane competed in a 50km walk along a fair part of the same track with some friends known as Team NFR ( I thought it was Team NFI – but I’m assured it is Team NFR).  Congrats again ladies for a sterling effort in completing the arduous walk in very hot conditions.

While the ladies enjoyed a well earned recovery day at the Mornington Peninsula Hot Springs, I set off for Cape Schanck for a run along through Bushman’s Reserve and part of the Two Bays Trail up into Boneo.

Lucky for me, there were still flags up marking the trail from the previous day so navigation was pretty straight forward.  I took a few pics of the run  as seeing is believing just how fantastic the scenery is.

I mentioned the wildlife – well if I saw one wallaby I saw six, and even more kangaroos, plenty of birds, lizards and bugs – but thankfully no snakes!!!

I’m not sure who was more startled, me or the first wallaby I met on the trail.  I was almost on top of him before he heard me, and the next thing I knew a large furry blur bounded out in front of me… when I say I was startled, let’s just say Skippy heard some words he wouldn’t have heard from Sonny or Clancy!

After he moved a little away, he stopped to see who had disrupted his breakfast.  See below:

For the rest of the run the kangaroos and wallabies offered a few more surprises as they jumped out in front of me.  Some more scenery:

Some of the steps were so large and steep that it was difficult to maintain a running stride while climbing them.  I’ve almost resigned myself to walking up the large steps as I running up them just felt too awkward. 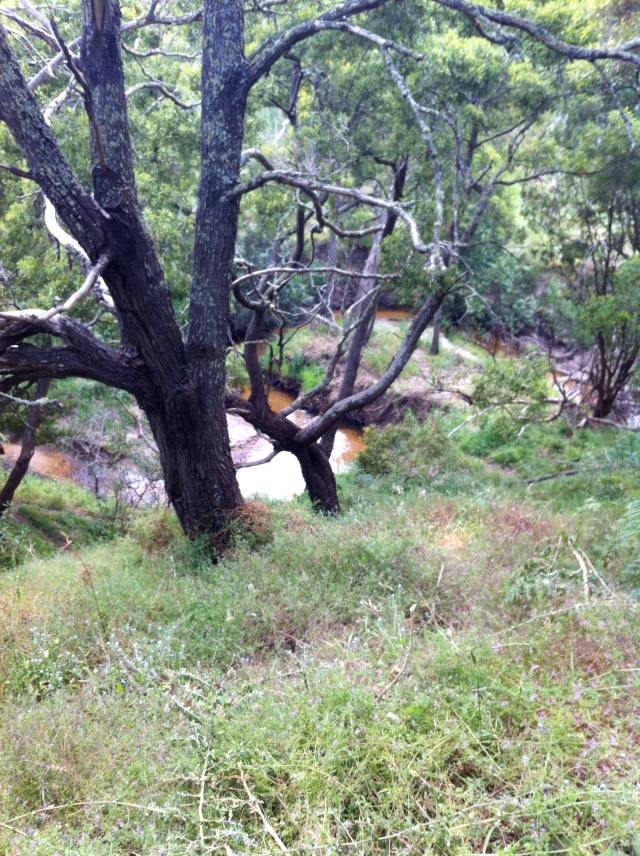 Some spectacular views, but you can’t get too distracted as the track is thin and windy and rolling an ankle would be very easy when tired and distracted. 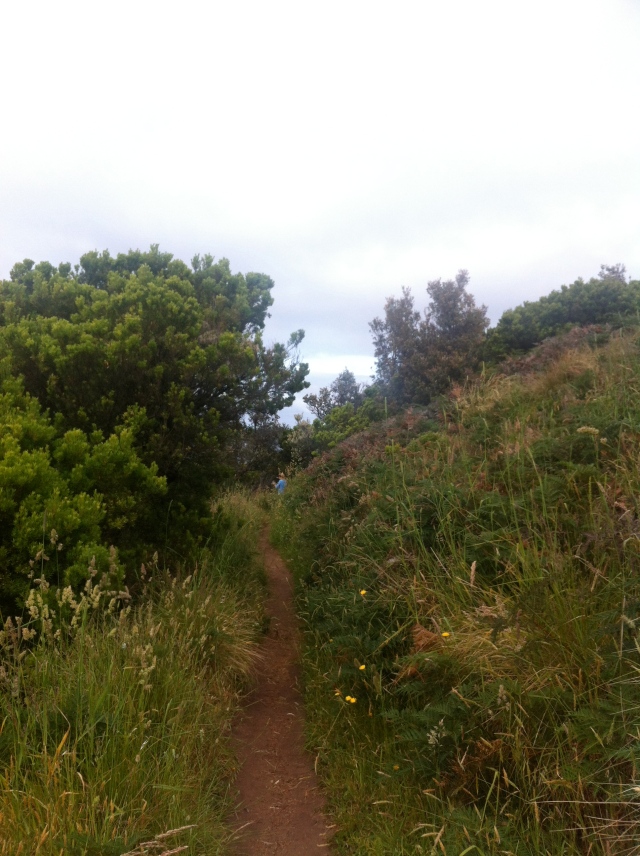 Tomorrow I head off for a 4 hour plus run as the biggest run I do before the race.  The following weeks will be part of the taper.  Tomorrow I’m hoping for around 40km-46kms along the Warby trail – body and mind willing 😉

I’ve completed a number of 30+km runs and one half marathon trail race up at Marysville.  I’ll provide an update on the race in a later post, but needless to say I learned loads about trail running in a race.  I took a tumble because I was running too close to the person in front of me and couldn’t see the trail ahead.  Stumbled on a rock and ended up with a trail of blood, sweat and grime down my knee but otherwise no real damage.  Lesson learned!

During the Marysville Half Marathon

On the run tomorrow I will be taking 2 litres of water with a couple of Shotz tabs dissolved in it to provide electrolytes and magnesium, 3 Winners Energy Gels (Berry Burst flavour tomorrow) and 2 x Swisse High Carb Energy Bars (Mixed Berry flavour).  I’ve been hydrating well today (although I did sneak a couple of beers in with pizza for dinner – let’s call that carb loading) and will be getting a reasonably early night – could be hot tomorrow.

Anyway, good to be writing again. More updates and discussions to come.