As part of the training program to prepare for the Two Bays Trail Run I’ve been trying to include trail runs and hills.  In one of my recent posts I mentioned that I had been training in Park Orchard’s 100 Acres Reserve as well the famous 1,000 Steps in Ferntree Gully.

For those of you new to the 1,000 Steps here’s a few pics and some information you might find useful. 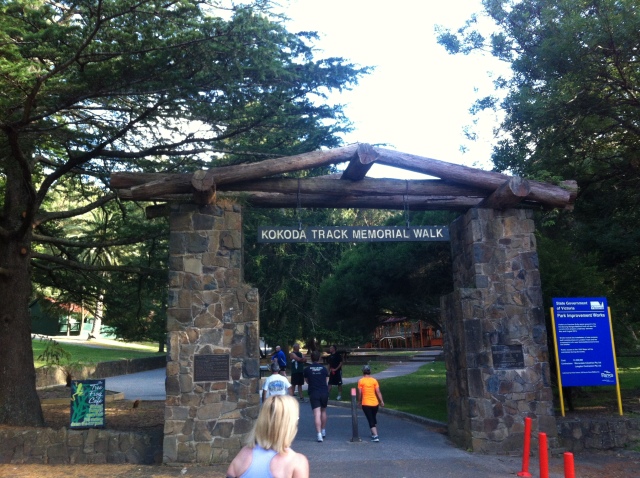 The 1,000 Steps Kokoda Track Memorial Walk is located in the Dandenong Ranges National Park and is a renowned tourist spot at Mt Dandenong.  The 1,000 steps is a beautiful walking track through bushland and some spectacular scenery.

As the name suggests – it’s all steps and is not a trek for the faint-hearted.   The (not convinced there is exactly) 1,000 steps are of mixed material, size and stability leading to the popular One Tree Hill.

The trail begins at  Ferntree Gully point near the ranger’s office and finishes up at the picnic ground of One Tree Hill.

On the way to the Steps.

The 1,000 Steps roughly follows a creek line through bushland and gullies that are filled with ferns   It is quite a surreal environment and I imagine would be a tranquil place to wander if it weren’t for the many people huffing and puffing as they trudge up and down the steps.

Well sign-posted so you won’t get lost!

Along the trail there are numerous plaques that describe the lives of the World War II soldiers who fought and died on the real Kokoda Trail in Papua New Guinea.  The 1,000 Steps has been created to represent the ‘Golden Staircase’ which was 2,000 steps cut by the Australian Army Engineers and others into the track.

Kokoda Trail Memorial – Lest We Forget

If you think you are going to charge up the steps at a gallop to the top and then show the world your best Rocky impersonation – you maybe disappointed.  The steps are steep and many sections of the trail are only safe to tackle in single file which can be a blessing when you are getting tired.

Also, the 1,000 Steps is primarily a tourist destination and not a training ground (even though it services both needs) and consequently there are people traversing the steps of varying levels of fitness, age and speed.  Patience is a virtue and there is always time to be polite.  Rather than get agitated by being held up, enjoy the scenery 🙂

If you’re looking to visit when the crowds are less and you can tackle the steps with some gusto, you will find the hardcore fitness crowd out in force from the first daylight hours and then reduce as the day progress.  Mid afternoon is normally better if you want to go at your own pace. 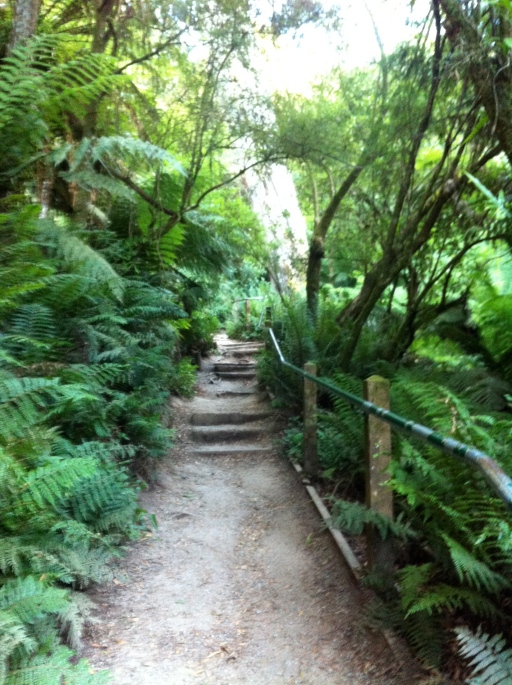 Steps are not always even – best to watch your step 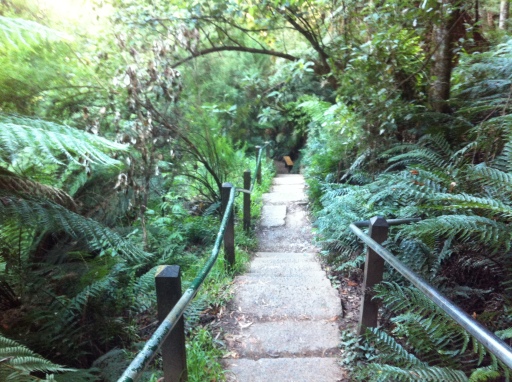 Handrails are along the track and on wet days necessary 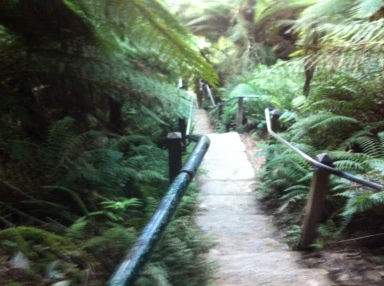 Can be a little tight at times on the trail..

On hot days the tree canopy provides some relief 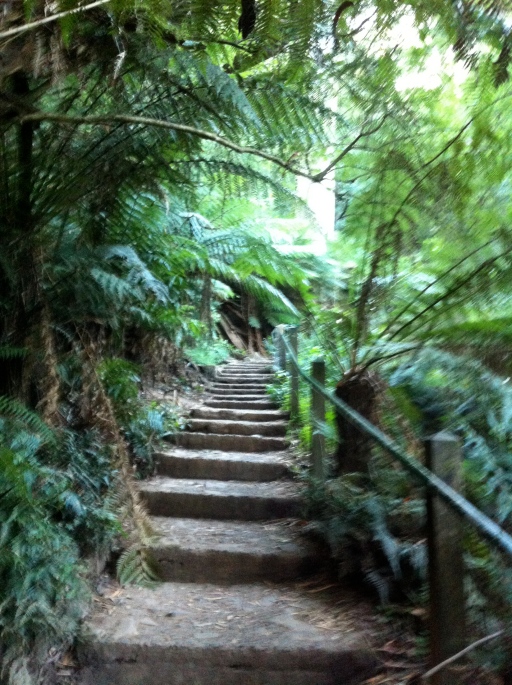 And there’s more than enough steps to test the calves and quads! 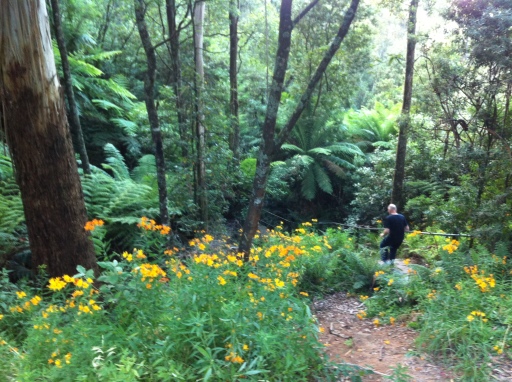 The last stretch before you get to rest.. 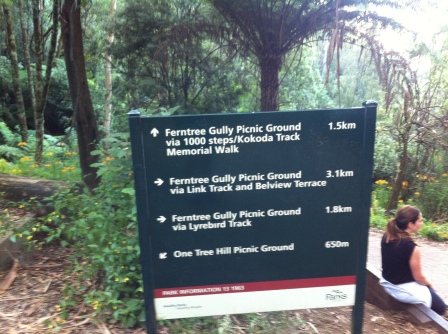 When you rest you have some options …

If you’re looking for a training run that will get some hills in your legs, work up a sweat and get the heart pumping,  there can’t be many nicer places to go.

Recently there has been an upgrade to the Kokoda Memorial Trail with shelters and memorials.  They have also included a second set of steps on Lyrebird Track to ease the traffic load and provide runners with a better running track and free up the trail for tourists. 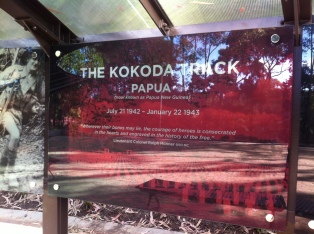 When in training mode there is often not enough time to stop and read the plaques and reflect on the history of our forefathers but I think it’s important that if you do the 1,000 steps – you should take at least one leisurely walk to enjoy the scenery and take in the information provided on the plaques – also a good excuse to stop for a breather should you need one!!

With the Two Bays Trail Run less than a week away I’m hoping the session at the 1,000 Steps will help me with the steep climbs and descents I will be seeing next week!  Also, I’m running the Great Wall of China Marathon later this year, so the 1,000 steps will see us there more often over the coming months!!

I’ve managed to squeeze in a couple of extra runs this week but now I’m tapering down for the the Two Bays Trail Run.  Since my last update I’ve run:

I’ll probably only have one or two runs at the most before the big day – getting a bit nervous now – hot weather, snake sitings on the trail and of course doubts in my own level of fitness all adding to my over-thinking he day…. Whatever will be will be – this time next week it will be done 🙂

Finally, favourite running song from the last lot of training is:

Somebody Told me – by The Killers.